Everything Everywhere All at Once is an indie film garnering award-season buzz and breaking box office records. While its whirlwind popularity centers (rightfully) on star Michelle Yeoh, Ke Huy Quan, playing Yeoh’s husband, has also received numerous accolades for his soulful, gentle performance (as well as a Golden Globe nomination).

If Quan’s name doesn’t ring a bell, that’s understandable. Before being cast in Everything…, his last acting credit was for the 2002 Hong Kong film Second Time Around. But many might remember him from his youth, playing Short Round in Indiana Jones and the Temple of Doom and Data in The Goonies.

Born in Saigon in 1971, Quan immigrated to California at the age of eight before appearing in two seminal films of the 1980’s. As he grew into adolescence and followed his passion for film, he discovered most of the roles he was offered were shallow or offensive, leaning into cheap stereotypes. He became disillusioned by the lack of diverse roles for AAPI actors.

So he stopped acting.

But he kept working.

He studied film at USC, developed a passion for taekwondo, and began working behind the camera—coordinating fight choreography for blockbusters like X-Men and filling various production roles in an assortment of films. But he always missed acting.

Then, with the massive success of 2018’s Crazy Rich Asians, Quan cautiously started looking for performance roles, with one stipulation: that they were different from the ones he turned down in the past. If he was going to act again, he needed a character that was nuanced, fleshed-out, and three-dimensional.

The first role he was offered (and took) was that of Waymond Wang in Everything Everywhere All at Once. 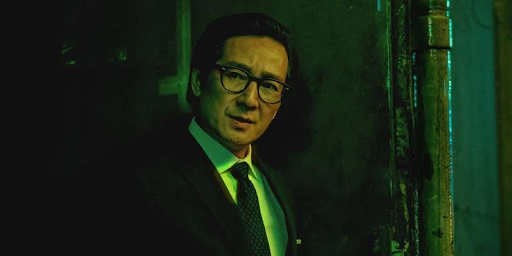 Sometimes, it’s easy to focus on missed opportunities, but some opportunities are better off missed. Quan walked away from acting, his true passion. But he only did so until Hollywood actually deserved his passion.

That time between “yesses” isn’t wasted. In Quan’s case, his extensive taekwondo training helped him perform dizzying stunts and fight choreography throughout his comeback role. The experience you gather in between projects or roles can make you better at whatever drives you.

While Hollywood’s historically poor representation of AAPI roles means we will always wonder what 20 years of movies starring Ke Huy Quan would have looked like, at least he was able to find his everything, somewhere, at just the right moment.

Here are a few places I currently write words for

America Fun Fact of the Day

(Some of the) High-Authority SEO Backlink Articles I Have Written

I have led backlink generation efforts multiple clients in different fields. Among the high-authority sites I’ve posted articles to improve my clients’ backlink profile are:

Places I Have Written